Retirement is Within Reach

Strategies for Maximizing Your Retirement Income

WHAT IS THIS WORKSHOP?

For baby boomers, there’s been a shift in retirement income planning when compared to previous generations. This is a comprehensive personal finance workshop for those in the early stages of retirement or those about to retire. It addresses difficult retirement decisions such as income planning, Social Security maximization and the risks to avoid. You’ll learn how to incorporate health care, inflation and their considerations into your overall plan. Upon completion, you’ll be better prepared to take the necessary steps to create your own retirement income strategy.

This workshop meets once a week for two consecutive weeks. 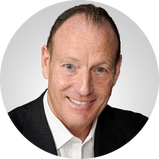 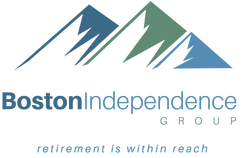 Gerry grew up in Worcester, Massachusetts, in a middle-income family with five siblings. He attended local, public schools and graduated from the University of Massachusetts at Amherst with a BA in economics in 1981. He holds a certificate program designation in Financial Management and Leadership, presented jointly in 2004 by The American College and Pennsylvania State University. He is a 1982 graduate of the Massachusetts State Police Academy, 75th MPOC, and served as a Massachusetts police officer for five years.

In January of 1986, Gerry began a career in the financial services industry. He started as a representative, building and servicing clientele, before he was promoted into various management positions within large financial service organizations. In 1994, Gerry entered the ranks of Executive Management, where he remained for 16 years. In that time he garnered a unique understanding of the industry’s inner workings, how unfortunately saw that products and customers are sometimes misaligned.

The 2008 market crash was a turning point for Gerry. He saw how the crash negatively impacted many retirees’ savings, changing their lives forever and altering their retirement goals. It became clear to Gerry he wasn’t able to help individuals adequately prepare for retirement at his current job. He began to design a new company that would focus on the unique needs of individuals at or near retirement to protect their assets and allow them to retire with dignity and confidence. He founded Boston Independence Group in 2012.

Gerry holds his insurance licenses in in Massachusetts. He is a long-time award-winning General Agent. He has been nationally recognized by the General Agents and Managers Association, receiving numerous company and industry awards.

Gerry’s radio show, Making Money Last, America's Retirement Resource!, airs daily on News & Talk Radio WCRN AM830, streaming on the web at www.wcrnradio.com. Be sure to tune in Monday through Friday, 11am to noon.

About Retirement is Within Reach

The goal of this workshop is to take the complexity out of retirement income planning and to help provide strategies for a confident retirement. Our mission is to empower Baby Boomers to prepare for a stable and predictable retirement income.